skip to main | skip to sidebar

1) to make the fact that TM had moved into the neighborhood for at least 2 months or more -which has few blacks in it
2) GZ as NWC would make it his knowledge to know who is in the 3 street gated community
3) It only takes '4 minutes' to implement intent to murder by using opportunity
4) Pros.put on video that never showed the alleged 'bush' that GZ said TM came from
5) Pros. waited until closing arguments to say GZ whereabouts for 2 minutes
6) Defs. in CA finally addresses issue of "the bush" in the video-which had not been articulated in trial 7) Defs. photo of GZ give the impression of "I won"
8) Prosc. failed to argue that GZ could have jumped out of 'the bush' thus attacking TM
9) Prosc. failed to to impeach Defs. witnesses,- that to keep the GZ story alive' factor into their testimony
10) Pros. did not need to say TM had $40.10 in his possession during CA - already proved TM paid for the skittles & tea
11) Prosc. waits until CA to address issue that TM did not want to lead GZ to his house.
12) Prosc. failed to address efficeintly until CA that GZ never identified himself
13) Prosc. failed to address that when Renee heard "who r u" might have been when GZ jumped out of 'the bush' - she did say TM did not know where GZ was
14) reserved for future comments.
Posted by ravin at 12:04 PM No comments:

To Vote or Not to Vote

"One of the Penalties for Refusing to participate in Politics is that one ends up being governed by their inferiors". PLATO
Posted by ravin at 3:03 PM No comments:

The Ass and His Masters

A DISCONTENTED ASS who felt that the gardner for whom he worked was a hard taskmaster appealed to Jupiter to give him another master. Annoyed by the ass's ingratitude, Jupiter bound him over to a potter who gave him even heavier burdens to bear.

Again the ass besought Jupiter. This time it was arranged to have him sold to a tanner. Finding that he had fallen into worse hands than ever, the ass said with a groan: "Alas, wetch that I am. Would that I had remained content with my former masters. My new owner not only works me harder while I am alive, but will not even spare my hide when I am dead!"

Lesson: He that finds discontentment in one place is not likely to find happiness in another.

The Egyptian Arab Street will become cannan flodder for the Muslimbrotherhood: sworn enemy of Israel.
Posted by ravin at 10:19 AM 3 comments:

The Horse and the Stag

A BITTER QUARREL arouse between the horse and the stag in the days when both creatures roamed wild in the forest. The horse came to the hunter to ask him to take his side in the feud.

The hunter agreed, but added: "If i am to help you punish the stag, you must let me place this iron bit in your mouth and this saddle upon your back".

The horse was agreeable to the man's conditions and he soon was bridled and saddled. The hunter sprange into the saddle, and together they soon had the stag to flight. When they returned, the horse said to the hunter: "Now if you will get off my back and remove the bit and the saddle, I won't require your help any longer."

"Not so fast, friend horse," replied the hunter. "I have you under bit and spur, and from now on you shall remain the slave of man."

Lesson: Libety is too high a price to pay for revenge.
Posted by ravin at 10:08 AM No comments:

progressive adj: of relating to, or characgterized by progress; making use of or interested in new ideas, findings or opportunities

progressive n: one that is progressive; one believing in moderate political change and esp. social improvement by governmental action; a member of any of various U.S. politcal parties: as a member of a predominatly agrarian minor party that around 1912 split off from the Republicans;specif: BULL MOOSE : a follower of Robert M. La Follette in the presidential campaign of 1924 : a follower of Henry A. Wallace in the presidential campaign of 1948.

Progressive Conservative adj: (1942) of or relating to a major political party in Canada traditionally advocating economic nationalism and close ties with the United Kingdom and the Commonwealth

Progressivism: the principles belief, or practices of progressives; the political and economic doctrinies advocated by the Progesssives: the theories of progressive education
Posted by ravin at 5:10 PM 1 comment:

In some respects, the intelligence profession resembles monastic life with the disciplines and personal sacrifices reminiscent of medieval orders.

The U.S. Senate's Church Committee Report on Intelligence Activities 1976
Posted by ravin at 2:38 AM No comments:

Truth crushed to earth shall rise again: Th' eternal years of God are hers; But Error, wounded, writhes in pain, And dies among his worshippers.

It would be superfluous in me to point out to your Lordship that this is war.


We here highly resolve that the dead shall not have died in vain, that this nation, under God, shall have a new birth of freedom; and that government of the people, by the people and for the people, shall not perish from the earth.


Destiny - Go confidently in the direction of your DREAMS! LIVE the life you've always imagined.


I know that for America There Will Always Be a Bright Dawn Ahead.

ravin
After measurin all the pieces, what does it encompass? 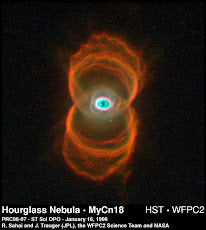